Have you ever thought about changing the way you look? No, cutting the bangs and trying to lose weight doesn’t count. I mean … in a serious and non-reversible way? Would you like to make your lips bigger … change the shape of your eyes … just to get a new face?

Fortunately, now you can make any experiments with your appearance even while lying on the sofa and pretending to do some serious stuff on the laptop. Just learn how to use Photoshop, and your trip to the magic world of appearance metamorphosis is open! And now imagine that you can do it for a living! Or, at least, to turn it into a new approach to visual art.

«Artist Kseniya Rain» is such an interesting example of how modern art may work. How some problems of the modern digital era, like fake photoshopped faces/bodies all over the internet, may turn out to be a new approach to self-expression. 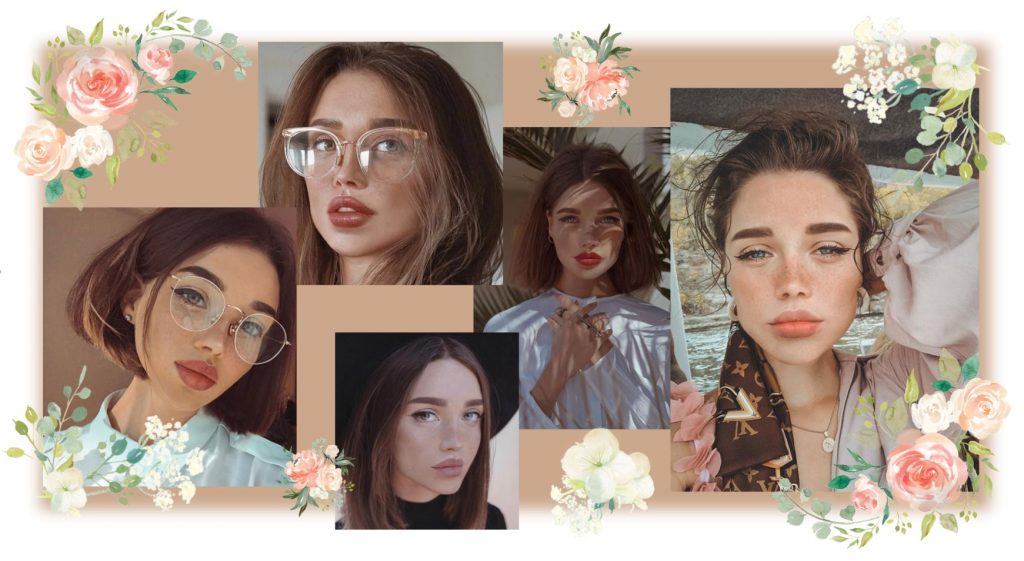 Such a beautiful face. Maybe too unrealistic?

Nope. Kseniya Rain once created a new character — Septembrenell. The name she took from Dali — that’s how he used to call September, his favourite month. This imaginary female name was supposed to reflect the beauty of autumn and of the leaving summer (that’s how Kseniya explains the choice of the nickname). As the artist explains, once she started editing friends’ photos to create images with augmented reality. Since the only canvas available 24/7 was her own face, Kseniya started then changing her own photos, developing this new alter-ego. Then, some years ago, she started taking (making?) those pictures under the name of Septembrenell, and collect them all in her Instagram account. As Kseniya says, she is so attached to this character that if she draws with no specific purpose or idea, somehow it always ends up with her drawing Septembrenell.

Funny enough, but not unexpected at all, some people get confused and need time to realize that the girl on photos does not exist — it is only an adjusted face of Kseniya.

And now you can barely find a photo where Kseniya is in her original ways (Pst…I found it…I think so).

But, honestly, usually, I’m also getting confused and have no idea if Kseniya’s face is photoshopped or no.

So, is that how it works now? Instead of drawing a portrait, I can just take a selfie, change some lines on my face and ta-daa — a new piece of art is born!?

Actually, yes. But, then, what makes Kseniya’s photos different from some regular photoshopped pictures of other bloggers? You know, those with an impossibly thin waist, clean skin and straight nose. Kseniya positions her work as art, while these bloggers position these photos as «oh no, it’s all-natural, I woke up like this«.

By the way, Kseniya also showed exactly how she works with photos to create her art objects, on the example of some girls’ photos which she found on the Internet. As Kseniya says, making one of such pictures can take from 2 to 18 hours.

What can I say in the end? I love what Kseniya Rain does! I bet that interviewing her would be soooo interesting! I bet so many things are going on in the mind of a person who sacrificed herself, her face and body to create a character for an endless series of art objects. She makes it on such a professional level. Septembrenell is pictured in all possible angles, with or without make-up, and still, her face remains the same.

P.S. Kseniya also draws some sketches and pictures from the scratch, you can check it out here: https://www.instagram.com/bookaboutyou/